This week we celebrate Gay Pride in The Netherlands, a great timing to have an interview with Erik van Diepen, CFO at Emark.

Tell us a bit about yourself Erik, who are you?

I’m Erik, 39 years old, married to my husband Peter for 3 years now and living in Amsterdam. Peter and I both work full time, love to socialize with friends and family, love to travel, work out in the gym and enjoy good food.

What do you do at Emark?

My role at Emark is Chief Financial Officer (CFO) and has broad responsibilities. They have a lot to do with reporting, looking at investments, monitoring the commercial side of the business, strategy planning and leadership. You could say that if it involves money, I play a part in it.

How has your career developed over the years?

I started at a Dutch supermarket chain Albert Heijn as a Financial Analyst and worked there for 5 years. Next up I started as a Finance manager at Lost Boys, an internet company, then became the Controller and got promoted to CFO of the Benelux region. After 8 years I was ready for a new challenge and that’s when Emark came along. I’ve been working at Emark for 5 years now.

This week we are celebrating Gay Pride in The Netherlands. What does the Gay Pride means to you?

Historically seen Gay Pride started as a demontstration for human- and gay rights. That part is most important to me, because we all need to keep striving for tolerance and acceptance for diversity. The other reason is to celebrate life, be who we are, and have fun with friends.

Due to COVID-19 the Gay Pride will be different this year. How will you be celebrating?

My husband and I have a flexible plan this year because there are no organised physical events. Normally the Canal Parade takes place on Saturday, so I expect many people to be on boats in the canals. We are trying to avoid the busiest locations, so on Sunday we will meet some friends outside and walk/cycle a bit through the city.

What is your opinion on the current situation around equality, acceptance and diversity in The Netherlands?

There are still a course of actions that need to be made to shape society diverse and tolerant. Good to know is that it’s not only about homosexuality, but so much other areas, as for example; gender transition, bi-sexuality and many more. All these people need to be able to be themselves and love who they want. So it’s very important to keep these subjects on the agenda, in every region and especially within companies and public organisations. For example, someone that I know has been trying to get the Gay Pride Flag on the city hall in Friesland (Dutch province) during Gay Pride. It was after two years that he finally succeeded! Another example is that two years ago during Gay Pride, a drag queen was refused by a taxi-driver in Amsterdam. Both examples aren’t standalone incidents and show that there is much more work to do, also in the bigger cities. It took about 50 years to get where we are now, and I think it will take about 50 more to accomplish full inclusion in The Netherlands.

Have you ever experienced trouble in your career path because you are gay?

No, not really. All the companies I’ve worked for are professional organisations and personally I have never experienced any issues. Of course there are some jokes that colleagues make about being gay, but I have never experienced these as offensive. I can laugh about the jokes myself and don’t feel discriminated by them. I think it is very important to work on being well grounded so people can not affect you too much. That’s my personal approach and it works for me, but I know there are people who think and feel differently about this. Especially if they have bad experiences, it’s hard to stay unaffected.

Is Emark a diverse place to work?

It is and it isn’t at the same time. We have about 15 different nationalities working here, but we also have a lot of white male colleagues. Most management roles are filled by men. In our Management Team we now have one woman (HR Director) and one gay, which is me. If you look at the statistics, this isn’t much. But I also know that we hire people for their capabilities and personalities, not for their gender, sexuality or skin colour. We also have to take into account that we are an IT company in Haarlem, and for example receive much more applications from men than women. Emark is a safe space to work, but we could definitely be a bit more diverse. It’s an important topic on our agenda for the coming years.

Do you have advice for people who may be struggling on this subject?

Be open about who you are and how you feel, also in your work environment. It is very important to talk about your doubts and insecurities with people you trust. This can be your manager, the HR department, or a colleague. Most important is to not make yourself invisible and build a wall, because this will withhold you of being who you are. Like many others I also experienced troubles with myself in accepting the fact that I am gay. How will people react? Will they accept me? Build your own acceptance because the less insecurities you have, the less you can be bothered by what other people may think. 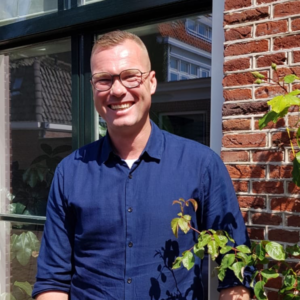 PrevPrevious4 Takeaways From Salesforce Service Innovation Summit
NextThe cookieless web, what is the impact on Salesforce Audience Studio?Next
Back to Overview

You can find out more about which cookies we are using or switch them off in settings.

This website uses cookies so that we can provide you with the best user experience possible. Cookie information is stored in your browser and performs functions such as recognising you when you return to our website and helping our team to understand which sections of the website you find most interesting and useful.

Strictly Necessary Cookie should be enabled at all times so that we can save your preferences for cookie settings.

If you disable this cookie, we will not be able to save your preferences. This means that every time you visit this website you will need to enable or disable cookies again.

This website uses Google Analytics to collect anonymous information such as the number of visitors to the site, and the most popular pages.

Please enable Strictly Necessary Cookies first so that we can save your preferences!

This website uses Salesforce Pardot to track visitor and prospect activity. Cookies are set to remember preferences (like form field values) when a visitor returns to our site. Pardot sets first-party cookies for tracking purposes, and sets third-party coorkies for redundancy. Using first-party and third-party cookies together is standard in the marketing automation industry. Pardot cookies don't store personally identifying information, only a unique identifier.

Please enable Strictly Necessary Cookies first so that we can save your preferences!